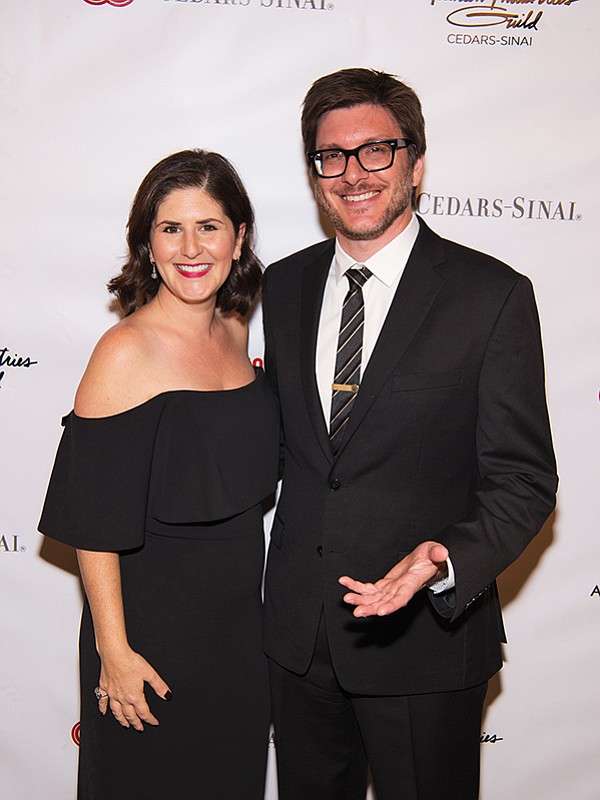 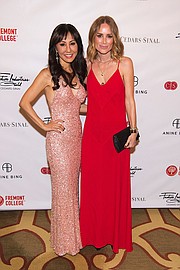 Members of the Los Angeles fashion community turned out to honor Sabrina Kay and Anine Bing on Oct. 14 at the Fashion Industries Guild of Cedars-Sinai at the Montage Beverly Hills hotel in Beverly Hills. The black-tie affair featured cocktails, dinner and an awards ceremony that recognized this years’ honorees and celebrated the organization’s 60th anniversary.

Public-radio host Rico Gagliano served as emcee of the evening’s events, welcoming “the movers and shakers of the fashion industry” and their “absolute commitment to pediatric care.”

“If you keep this up for another 60 years you may erase the stigma of acid-wash jeans,” Gagliano quipped.

Joey Brooks, president of the Fashion Industries Guild, thanked the group for their generosity over the years before welcoming Dr. Charles Simmons to the stage.

Simmons also thanked the FIG board for their hard work as well as the guests “who have contributed so profoundly to our success.” 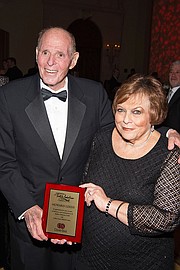 “The future has never been more promising than it is today,” he said.

Longtime FIG board member Eileen Ellis took the stage to honor the work of fellow board member Howard Leeds, who was celebrating his 82nd birthday at the gala.

Kay, chancellor and chief executive officer of Fremont College and Fremont Private Investments, received the visionary award. The educator and “serial entrepreneur” is best known in the industry as the founder of California Design College (now called the Art Institute of California—Hollywood).

In accepting her award, Kay offered her “heartfelt thanks to the [FIG] team and President Joey Brooks,” adding that she was “honored to be on the same stage with [Bing].”

Kay told the crowd about her personal connection to Cedars-Sinai Medical Center, which is where her daughter was treated after contracting an intestinal parasite while traveling in Peru. The experience caused her daughter to drop down to 85 pounds, Kay said.

“As a mom going through that agony tore my heart,” Kay said. “I am happy to tell you my daughter is brilliant and healthy again. For that reason, I will always have Cedars in our heart. The doctors, nurses and hospital staff are the heroes of this world.”

Bing is the founder and creative director of Anine Bing, the contemporary collection launched by the former model in 2012. Today, the collection is sold in more than 300 boutiques around the world, and the company operates eight bricks-and-mortar stores in Los Angeles, New York, Paris, London, Berlin, Barcelona, Madrid and Antwerp.

Bing also said Cedars-Sinai had a special place in her heart because her two children were born in the hospital.

“I am so inspired by the research and hard work you do,” she said. 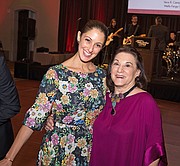 Proceeds from the Oct. 14 gala will benefit the Diana and Steve Marienhoff Fashion Industries Guild Endowed Fellowship in Pediatric Neuromuscular Diseases as well as the Pediatric Undiagnosed Diseases Program. 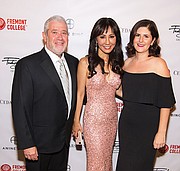 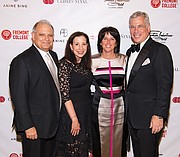 Jeffrey and Betsy Kapor with Bea and Richard Clareman 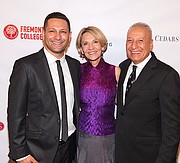