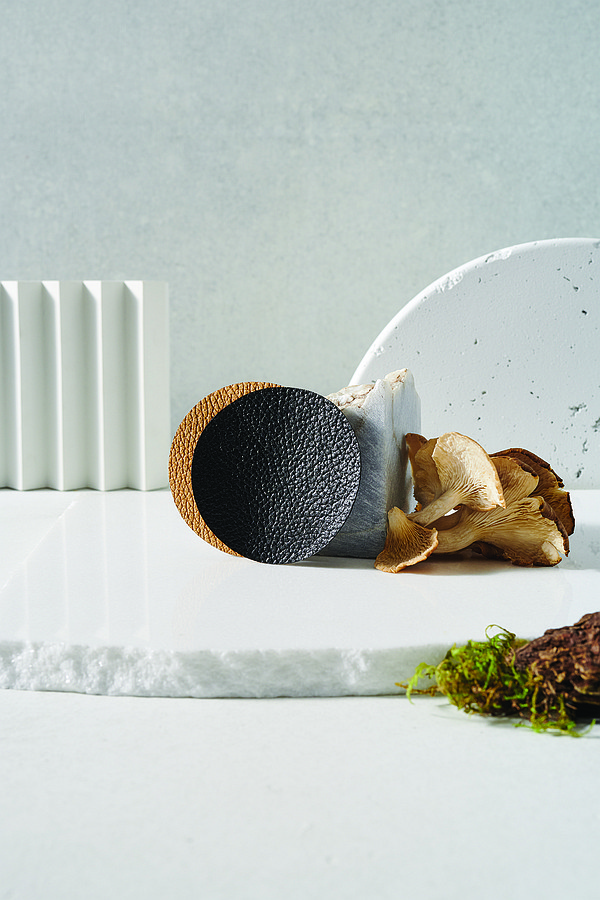 Weeks of teaser posts appeared on the Instagram account for Bolt Threads, the biotechnology materials company founded in 2009, prior to the company’s big announcement on Oct. 2 that it would be joining forces with a few enormous brands to form The Mylo Consortium. The San Francisco–based Bolt Threads has partnered with Adidas, Kering, Lululemon and Stella McCartney. Through this partnership, the fashion companies have committed to investing in Bolt Threads’ Mylo Unleather Initiative, which promotes Mylo, the material firm’s leather alternative, which is created from mycelium, an underground network of fungal filaments.

“We are thrilled to be working with partners who recognize that we are in a race to develop sustainable solutions to conventional technologies,” Dan Widmaier, Bolt Threads’ founder and chief executive officer, said in a statement.

Through the consortium, Adidas, Kering, Lululemon and Stella McCartney will make Mylo-based products available to consumers by 2021. The entrance of these major apparel-market players into the space in which a fresh leather alternative is used in luxury and designer goods will afford greater reach to the mycelium fashion market.

For Bolt Threads, this partnership affords an optimistic end to the year. In 2012, the company introduced its spider silk fibers created from a process that imitates the insect’s process of spinning its web, which yields a biodegradable, antimicrobial and hypoallergenic thread, thereby creating proteins.

This is also not the company’s first time working with McCartney and Adidas. In 2017, Bolt Threads launched its Microsilk fiber—its first commercial product—as a collaboration with Stella McCartney, which yielded dresses from the design house. Following the 2018 launch of its b-silk protein, Bolt Threads collaborated with McCartney and Adidas to produce Stella McCartney x Adidas Microsilk, a skincare line. In addition to the launch of its b-silk protein, in 2018 Bolt Threads also launched Mylo, the foundation for The Mylo Consortium, applying the material to a Mylo driver-bag design.